Dunhuang is easily accessible by train or plane. I trained overnight from ZhangYe and flew out to Lanzhou. It also flies direct to and from XiAn. Dunhuang is known as the Gem of Northwest China because it has the wonderful desert and oasis on the edge of the Gobi Desert and also, Mogao caves which is created in the Forth Century and still beautifully preserved. It also boasts the Han Great Wall ruins which is older than the one in Beijing and it’s the crossroad and intersection for all of the 3 Silk routes.

First thing I did when I arrived at 630am on the overnight train from DunHuang is have a good shower and breakfast and then head to Mogao Caves. 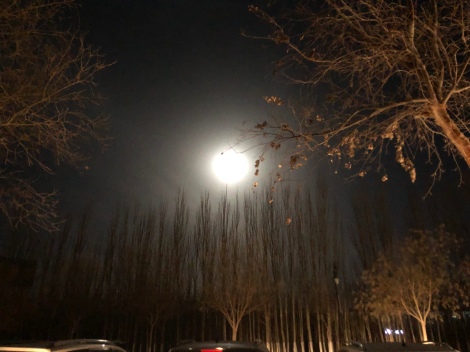 It’s low season now so I didn’t have to book tickets in advance. From May till August, the tickets have to be reserved online about a month in advance as they only allow 8000 visitors a day. Your admission tickets include 2 movies about the place and a bus ride to the actual caves and a guided tour. They have English and mandarin options so remember to choose the right one when you buy your ticket.

The Mogao Grottoes are so popular because it houses one of the largest and most important Buddhist art. It has 492 caves in all and your tour will include about 6-10 grottos that will have detailed explanation by your guide. You can stay inside and join other groups if you want to see more, just make sure you don’t come out as reentry is impossible. I only did the tour once and got to visit 8 caves. I heard that a fellow tourists actually visited the caves over 7 days so he could go to the many different ones.

The art within the grottos are very old and very impressive and they are still well preserved even though they’re more than 15 centuries old. The most impressive one is the one that houses the very large standing Buddha. The smaller caves also have amazing stories told by the art on the walls and most of it is still intact, which is why there is no touching, no photography so you don’t deteriorate the art.

I spent a good 4 hours in the caves that day. I had lunch there as I was really hungry and I must say the food was not good at all, so skip it if you can or bring snacks so you can wait till you get to the city to eat.

After my lunch, I headed to the Crescent Lake and Ming Sha Shan, which is the also known as the echoing or singing sand mountain because it really is the desert and the sand rustling in the wind sounds like sounds. It’s also an amazing sandy amusement park as you can ride camels, ride the ATVs, walk up the hills and then slide down! 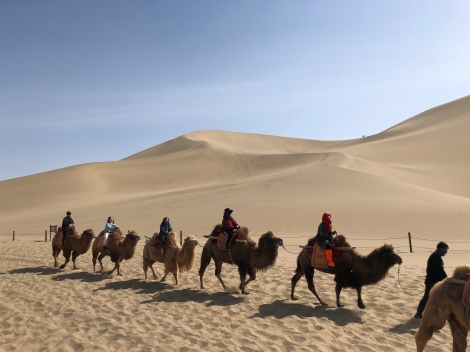 Tip: you can get the shoe covers inside the park or if it’s not cold like when I went, you can wear slippers.

The sunset is also supposedly amazing here on a clear day. When I was there, it was too windy and thus the sunset was not as spectacular. Going in the afternoon was also good in April as the sun has warmed up the sand so it’s not 6 degrees but feels like 20 degrees in the desert, very pleasant temperature. In summer, only go after 4pm as the temperatures in the desert can reach up to 60 degrees. Remember to drink lots of water too.

The desert has an amazing oasis that never dries up known as the crescent lake. It’s amazing because humidity is 8% here and yet, it still stays the same every season.

In Dunhaung, there is also a night market that opens from 5pm till late but maybe it was low season only a few stalls were opened.

The next morning, my lodge owner helped me book a bus trip that brings me to 5 different attractions in Dunhuang. It runs daily at 830am and cost 88 yuan. If you have a group of 2 or more, get a driver for the day and go to all these places.

The first stop is the ancient city of Dunhuang which is now a famous movie set. The city is small bf actually really looks like a movie set but it was really where people used to live. I also saw a monk there sweeping the temple and I’m pretty sure he lives there too.

The next stop was the. Xi Qian Fo Dong, the Western Thousand Buddha Cave. This is a much older cave but much smaller than Mogao. I actually liked this one more because I was very lucky to get into the cave that has the oldest and original, well preserved Buddha art. Because it’s smaller, the groups are also smaller and thus, the guide could spend more time to answer questions and explain the drawings better. 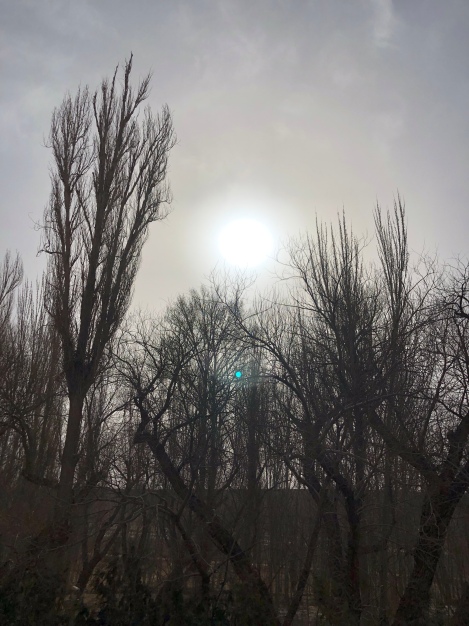 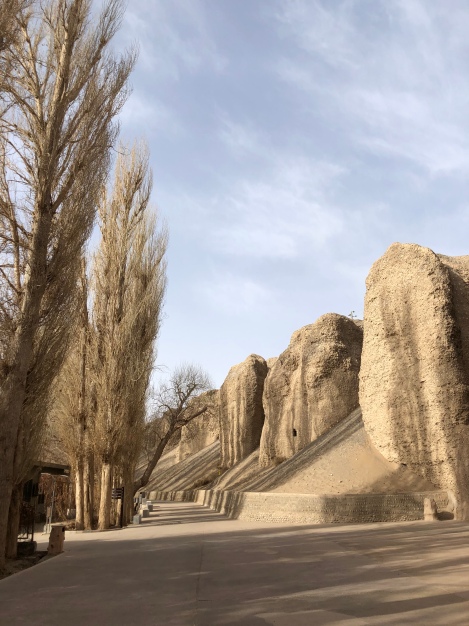 The third stop before a short lunch break is Yang Guang pass which houses the Silk Road museum and also, the beacon tower which was a very important defence line along the Great Wall on the Silk Road. I enjoyed exploring the old town and museum. In summer you can taste grapes, when I went I managed to buy delicious raisins. 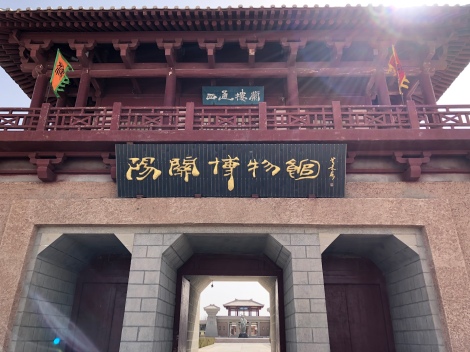 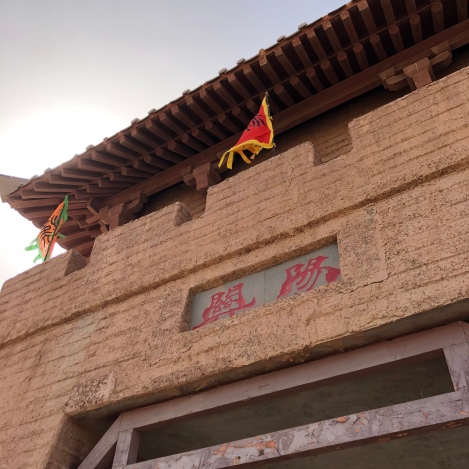 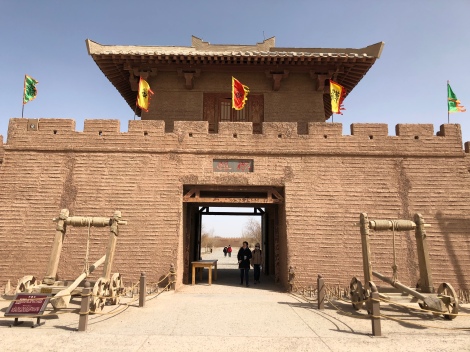 The forth stop is the YuMenGuan pass, also known as Small Square Castle. It’s hard to imagine it used to be an invincible military fortress as it’s now just a small square when before, it was a prosperous trading gateway with merchants and camels streaming in and out. When you’re there, remember to buy the bus tickets that bring you to the Great Wall of Han Dynasty ruins and also, the Fangpan castle. The castle has a lake that’s super blue just beside it but it’s forbidden to walk towards it, so you admire it from far ok? 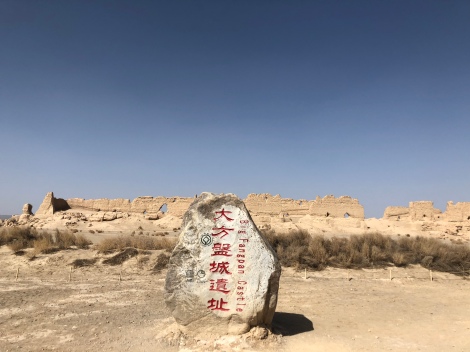 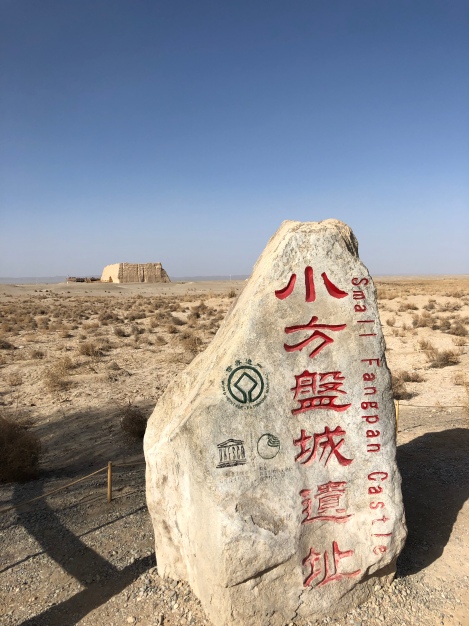 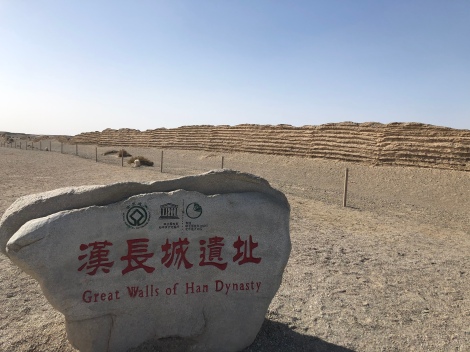 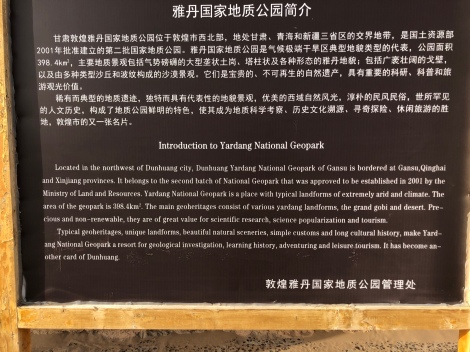 The Yardan Geopark is the last stop and it’s a huge park so your entry ticket includes the bus ride to see the 4 different formations. The formations are caused by wind and water erosion many years ago and it’s also know as the ghost town because of the howling noises it makes when the wind blows strongly. The best place to see the sunset is here as it’s a wide open space. Again, because it was sandy and cloudy when I was there, my sunset was not as spectacular. I suggest you come during the peak season which runs from May till October for better luck with sunsets. 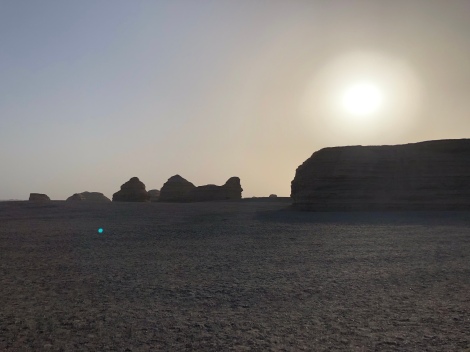 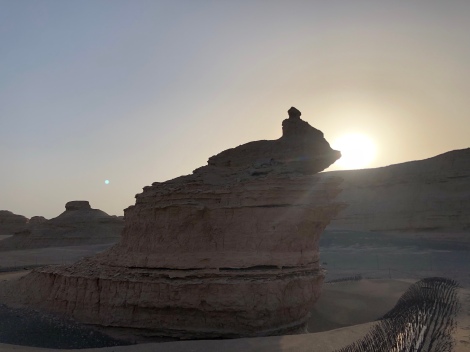 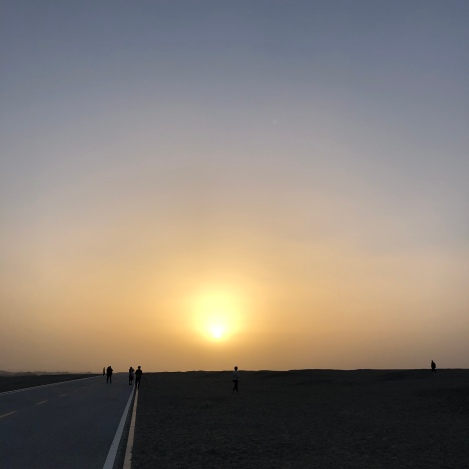 I returned to dunhuang town at around 1030pm as the sun sets at 8pm. During the drive back, our wonderful driver stopped for a while to let us see the amazing Milky Way in the freezing cold. The sky was gorgeous and I think more comfortable in warmer weather. 🤣

So there you go, 2 days in Dunhuang is a bit tiring but doable. Next stop, I fly to Lanzhou to catch the 3 hours bus down to Xiahe to see the largest Tibetan monastery out of Tibet.

If you’re hungry near the desert, eat at Cao! It has good beef noodles