Munich is large. Very large. It has a large old town with huge buildings including the very old Marienplatz, the Rathaus, and the many churches around. The whole scene makes you feel dwarfed because the buildings are just so big you can’t even put one building in a frame usually. The exteriors are beautiful and the interiors functional. A lot of the old buildings are actually shops, restaurants or offices and although the old buildings are very old, walking around it seems like they just merged into our modern world as men in suits, ladies in dresses and of course, tourists dressed casually crowed around the many squares around.
​​

The beautiful Marienplatz. Day is more beautiful because it’s not lit at night 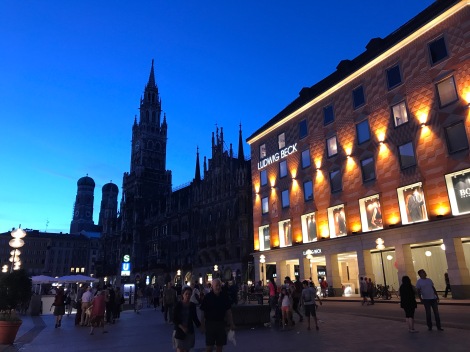 The Vitualienmarkt is a fantastic place to start your day. The market is one of the most well known in Germany and you can easily see why. It has fresh produce like fruits, vegetables, fish and meat, yummy cooked food and snacks like their famous wursts, Brezel, schnitzel, kase-cheese, honig-honey and pork products in their finest glory. Yes, if you’re Chinese like me, you love pork. And that is why I love the German Crispy pork skin, pork knuckle, pork shoulder, pork sausages, ya you get the drift. I tasted the crispiest pork skin in Viktualienmarkt and it literally just crackles in your mouth and it’s so so tasty. Best washed down with a large beer under the chestnut trees just like the Germans. In the late afternoon, the whole market turns into a crowded waterhole, Like a mini Oktoberfest where wait stuff dress up in Bavarian clothes and serve you beers as large as your heads. No, a pussy pint is not available here 😂😂 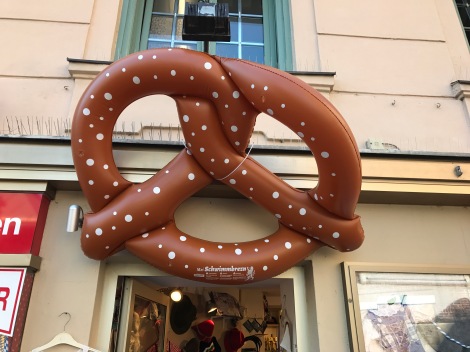 You can buy the float or eat the pretzel 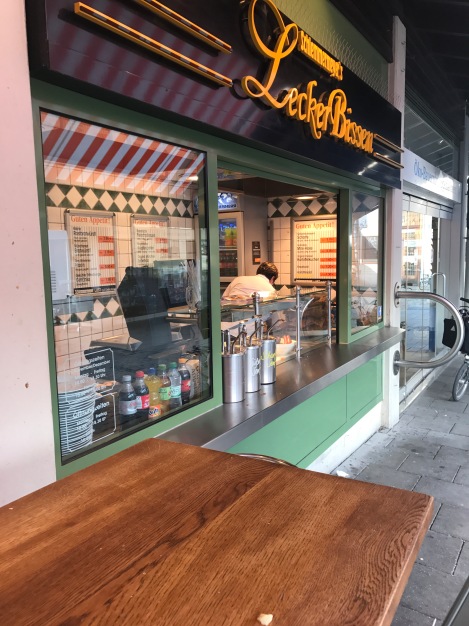 This is a chain of shops in Viktualienmarkt. Their crispy pork skin and sausage was so good I had 2 servings! They also have a cheese shop nearby

What do Germans do after work? Sit under chestnut trees and eat and drink large hugs of beer

If you love science, you would love the very large Deutsche museum. It has floors dedicated to transport, machinery, boats, planes, computers, telecommunication, astronomy, nuclear and clean energy and even the weather center. There is also a math corner where kids and the kid in me loved. Spent a lot of time solving the puzzles and just reading about how our earth moves. I only had 3 hours there but I had so much fun!

Puzzles you can solve

This powers a ship

Super retro plane. I love it

Munich has a super huge Castle that’s dedicated to the birth of the King Max to Queen Henrietta. It’s used as a summer palace and this one has a super giant garden with many different smaller palaces for you to explore. It took me 2 whole hours to walk the very peaceful park, the silence broken occasionally by geese and ducks. If you do not wish to pay for entry to the castle and the exhibit, the park is free to wander around and you’re gonna have as much fun. The palace museum is quite big too and shows you how the royals lived. You’ll also understand why they would need horse carriages and sleds. The place is too big to walk around in their very poofy and hot outfits in the summer 😂 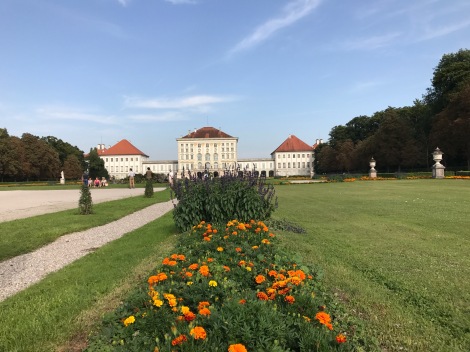 Schloss Nymphenburg is so so big this is the interior garden. Free to enter!

Do walk around the gardens as it’s really beautiful.

​​
A very interesting and Solemn place to visit would be the Dachau concentration camp. Check out directions here. it’s only 45 minutes away from town and it was an invaluable visit for me. I’ve learnt so much more here than in my history classes and I’ve learnt about how human behavior to the extreme was like. Aim to reach at 11am or 2pm for the guided tour in English to make your visit worthwhile. It’s only 3 euros. Or get the audio guide if you miss the timing. Entry to the grounds is free but pretty useless without a guide or Audioguide. 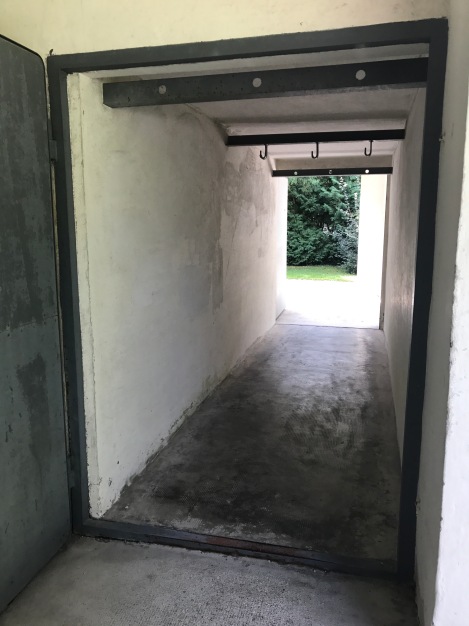 This is a very sad place. The shower rooms were a guise to make POWs enter it thinking after their shower they go to a better place. Well in a way they were. They went to heaven as they were gassed to death in the rooms like this. 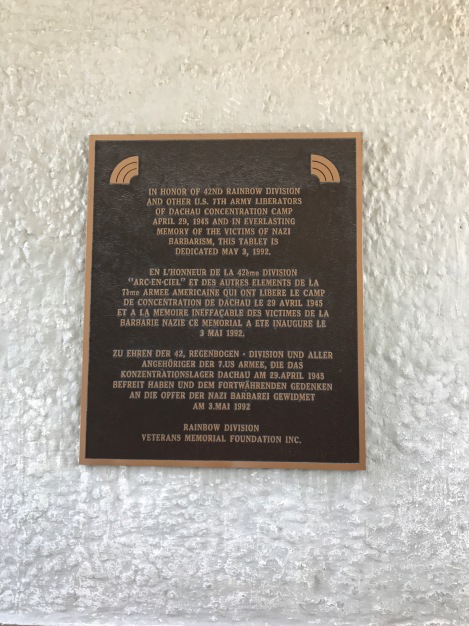 Work sets you free. The words on the gate to Dachau barracks. Where everything happened.

I felt really sad and many in my group also turned red in the eyes as we walked through the used to be gas chambers and crematorium as it really can invoke that kind of sadness and disappointment at how one human can turn against another in the light of power and survival. Power is indeed a scary thing when given to the wrong people. The guide we had answered a lot of our questions and as he said, because the Germans destroyed a lot of evidence and killed a lot of the prisoners, there isn’t a complete story. It’s definitely worth a visit but try not to bring your young children as some may find the museum disturbing.
If you want a glimpse of how Germans relax after work, head to the very large Englischer Garten right beside the old town. It’s bigger than Central Park in New York. Here, you see families having picnics, people having beer, people playing badminton in the fields, beach volleyball in the grass, swimming in the river and surfing! Yes, Surfing. It’s a park where you can do anything. Even be butt naked like the German uncles that were there! I was wondering when nude trucks became so in and realized they were free willies! Oops! You can also catch a sunset while lying on the grass or seated and soaking your tired feet in the river like me. Many people also bring floats to float around the river from one end to the other so they can take the train back from the other side. How Cool! 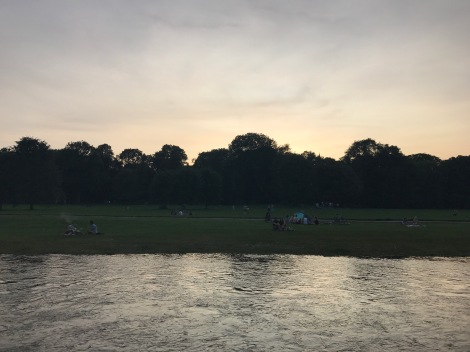 The sunset at English garden. Everyone’s having a beach party in the park!

The English Garden. Watch out for naked old men.

I only spent 3 days in Munich and felt like I could spend more time because there were still a lot that you can do, like the BMW museum or the Olympic park or the Residenz that I only strolled outside and didn’t head in. If you’re here in October, do not miss Oktoberfest! I saw the tents being built out now and it’s huge! They take 2 months to build everything up.

For food, remember to eat the Bavarian specialty, pork knuckle – Schauferle which is crispy on the outside and soft inside, or the Schweinbraten, which is tender tender roast pork with crispy skin with beer sauce served with potato dumplings and sauerkraut. I had mine at Ratskeller and there are many Bavarian restaurants in the old town that serves them well.

This ice cream is very very good. It’s near the walk towards the Residenz

You gotta try this. They sell out around 6pm so be earlier.

Arriving into Munich late at night about 1030pm felt safe for me. Although I had to change 2 buses to get to my apartment from the train station, the connections were easy and the transport system was efficient and clean. The people are also helpful if you ask them questions. Buy the XXL day pass if you’re headed to Dachau and save money and if you’re taking public transport more then twice, the day ticket is worth it. Buy it from the machines you see. Have lots of euro coins handy for the bus.

There you go, my first welcome in Deutschland was Munich and I’m headed to Nuremberg and Bamberg next so watch out of my next post!
XOXO